Johanna Stoberock is the author of the novels Pigs (Red Hen Press) and City of Ghosts (W.W. Norton). Her short stories and essays have appeared in numerous publications, including Better: Culture & Lit, Lit Hub, Volume One Brooklyn, The Chicago Review of Books, and the 2014 Best of the Net Anthology. 2019 Artist Trust/Gar LaSalle Storyteller Award recipient, 2016 runner up for the Italo Calvino Prize, 2012 Jack Straw Fellow, and 2013 Artist Trust GAP awardee, Johanna has received residencies from the Corporation of Yaddo, the Vermont Studio Center, and the Millay Colony. She lives in Walla Walla, Washington with her husband and two children. 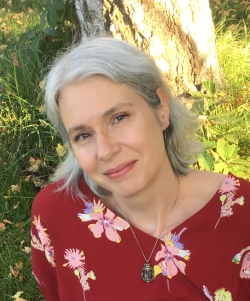 Pigs
Four children live on an island that is the repository for all the world’s garbage. Garbage arrives, the children sort it, and then they feed it to a herd of pigs. The pigs are beautiful, but fierce, with sharp teeth and insatiable appetites, and they eat anything. When a boy washes ashore in a barrel, the children must decide what to do with him—is he more of the world’s detritus, meant to be fed to the pigs, or is he one of them? The novel explores questions about community, environmental responsibility, and the possibility of innocence. 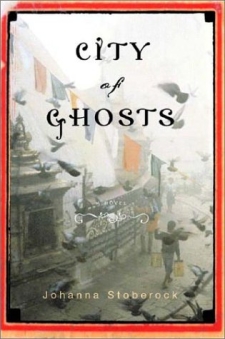 City of Ghosts
Following a whirlwind romance, Isabel Grady has moved halfway around the world with her new husband. Far from her apartment in New York City, Isabel finds herself living at the top of an ancient, vine-covered palace. The colors of Nepal are brighter than those at home. The smells are more intense. The sounds are dizzying. The dense heat of the tropical summer gives way each afternoon to torrential rains. Overwhelmed by the strangeness of the city but mesmerized as well, Isabel thrills to her new life even as it throws her off balance.