by Johanna Stoberock , in Writing Prompts

It’s been a long time since I posted to this blog. Pigs came out on October 1st—that’s fifty-three days now that it’s been alive in the world. I’ve been heading out weekly from Walla Walla on its behalf since mid-September (to Missoula; to New York; to Portland; to Richland, WA; to Portland again; to Seattle; back to Portland) to read from it, and talk about it, and meet other people who have new books out as well. I’ve listened to a lot of audio books (Kate Atkinson now has my vote for best long-ride listening material). I’ve spent a lot of time wishing I had cut some sentences from Pigs and wishing I had added others. I’ve spent a lot of time wishing I’d brought my own pillow along with me. It’s been thrilling. It’s been exhausting. What it hasn’t been is a good time to write.

I’ve heard from many writers about how hard it is to move into a new project while you’re promoting your current novel. It’s like you have to travel back in time with half your mind, remembering what you were thinking when you wrote the book, while at the same time using the other half of your mind to move ahead into another world. It’s hard to find the balance. And I’m not sure balance is conducive to writing fiction, anyway: the way I’ve always known I’m onto something worth spending time on is the pull it’s exerted to turn away from the rest of my life.

It’s not that I don’t have another project going. I do. In fact, I have a whole draft of a novel in a folder on my computer. There are parts of it that I love, and parts of it that I can’t stand to read. But I haven’t been able to answer the pull away from this life quite yet. So I’ve been trying to think of other, smaller ways to write fiction.

A few nights ago, I woke up from a dream with what, at the time, seemed a perfect exercise, arrived at, while dreaming, fully formed. In my dream, I’d stolen it from my husband, who teaches acting. It was about impediments. It turns out that, in real life, the exercise bears little resemblance to the exercise my husband uses with his students. But, even in real life, I still think it might work. And I’m going to use it today to get a little writing done.

• Think of a person—any person, doesn’t have to be real, but could be. The end goal isn’t that you’ve created a person from nothing, but that you’re able to show a person you’re writing about with all the vividness of sight.

• Now think of that person moving across a room, trying to get hold of something they want. (A sandwich? A glass of water? A glass of whiskey? A daughter who has vanished? An apple that grants eternal life?) 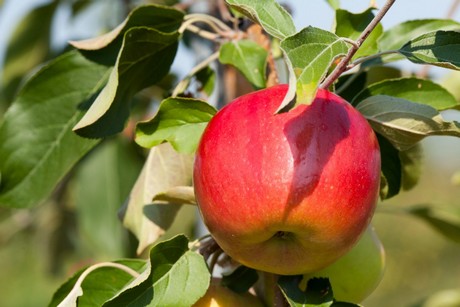 • Now create a physical impediment that makes it difficult to get what it is they want.

Here you have a choice:

The impediment can be outside the character (a buckle in the floor that they can’t help but trip over; air so cold it makes them freeze; a room in which air turns to water as soon as they cross the threshold).

The impediment can be attached to the character’s body (heels so high they make walking impossible; hair that eternally gets in their eyes; an ear infection that throws off balance).

• That’s it: now send them off to get across that room. Keep an eye on what happens. See what drama emerges through the negotiation of desire and impediment. Then write it down so your reader can see it, too.

It might not be a complete story, but it’s a start. And for me, the biggest impediment of all is the fear of starting something new.